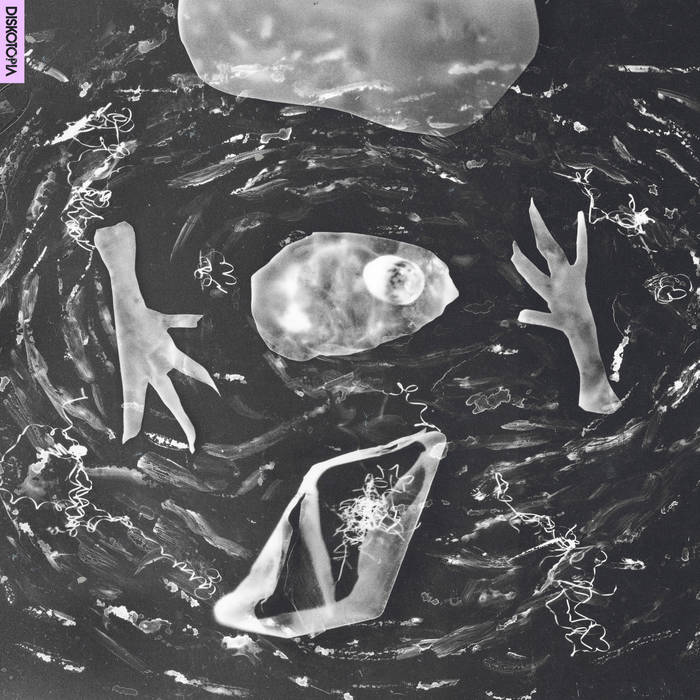 We at Diskotopia are very excited to announce the sophomore album from no-wave noise-pop duo Aemong, Berlin-based Yu Ching Huang and Henrique Uba, originally from Taiwan and Brazil respectively. Crimson is the follow-up to their 2018 staggering debut album 1000, described by Bleep as “one of the most inventive radioactive techno/coated pop releases of the year.”

On Crimson, Huang and Uba seem more in sync with each other than ever, taking their skewed post-punk, reductionist industrial, and fragmented krautrock sound and immersing it in a more augmented variant of the psychedelic blend of scuzzy electronics and hyperreal obliterated Sherwood-dub that was bubbling under the surface in their first offering.

The boundaries of their singularly-hewed sonic-world have also widened, and the wavering symmetry of more pop-influenced moments and radical experimentation now swings further in each direction. Strolling in My Town sounds like a Pavement cover of a Pet Shop Boys song (albeit produced by Steven Stapleton using Otomo Yoshihide’s mixing desk); whereas Cheering Goes On and Kids are closer to an image of Russell Haswell & Lee Gamble collaborative remixes of Bruce Gilbert records pressed to wax at the wrong speed and then stamped on for three hours. Other tracks on the album, like Lover’s Fog, Golden Robe, and Some Wishes, offer passages and sound pallets that will appeal to a broad range of listeners, including fans of Young Marble Giants, Chrome, Cabaret Voltaire, The Ex, Seiichi Yamamoto, Suicide, Broadcast, and even Afrirampo.

Through the disparate textures and timbres on Crimson, the Aemong duo have once again crafted something altogether alien, yet imitate and emotive at the same time—a compound of feelings that reflects our current world now more than ever.

Bandcamp Daily  your guide to the world of Bandcamp

Featured sounds from Fly Lo and Ahmed Idris, plus Mother Nature hops on to drop off new project